Give Me an Answer, by Cliffe Knechtle
Does God really exist and does he really send people to hell? Doesn’t science disprove Christianity? Why are there so many hypocrites in the church? Isn’t the Bible full of errors? In this book Knechtle answers forty of the toughest questions and he deals directly with the hurts, doubts, struggles and conflicts of those who are searching. Find it on Amazon!

One Heartbeat Away, by Mark Cahill
Why are Atheists, Agnostics, Muslims, Christian’s, Catholics, Prisoners, and Soldiers all reading One Heartbeat Away? Best-selling author Mark Cahill tackles the issues of creation vs. evolution, heaven and hell, sin, world religions and the Bible. Ultimately, we are all potentially just one heartbeat away from stepping into eternity. Preview Online Here. The truth will set you free! Find it on Amazon!
Listen to the first chapter below:

by Mark Cahill | Your Journey Into Eternity 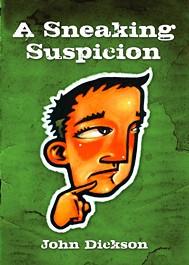 A Sneaking Suspicion, by John Dickson
Do you have a sneaking suspicion that there is something bigger than us out there? This book ia an extremely easy read. It addresses many of life’s important  issues (the first chapter is about sex: is sex more like a Porsche or a Datsun?); The beauty myth, morality (Whatever happened to right and wrong?); What scriptures can we trust? Didn’t science get rid of God? Where is God when it hurts? What about other religions? Won’t God accept me if I’m good enough?). Find it online!

Many people consider themselves to be atheists, which in the true sense of the word means that they believe there is no God. Upon further questioning, many will then clarify by saying that they don’t know if there is a God but that they haven’t seen any evidence to make them believe that there is God, so they conclude that there must not be one.

Of all the possible knowledge and facts in the entire universe, at a guess, what percentage do you claim to personally know?

Do you know perhaps 50% of everything that there is to know about everything? Maybe less? Is it possible that in the percentage of information that you don’t know that there is evidence for the existence of a Creator, a God of the Universe? If this is true, then it would make more sense to be an Agnostic than an Atheist wouldn’t it?

Atheism and Evolution are taught in most Colleges and Universities despite the fact that they are unproven theories with many gaps and missing links.

Atheists will often say that faith in a God or a Creator indicates a weakness in a person; that faith is a crutch for weak minded people. But it could perhaps be more aptly stated that Atheism might be a crutch for people who are avoiding reality and unwilling to admit that they will be held accountable by a God who sees everything that they do by a God who has set his laws in every one’s heart (ie: murder is wrong, stealing and lying are wrong etc).

“In view of such harmony in the cosmos which I, with my limited human mind, am able to recognize, there are yet people who say there is no God. But what really makes me angry is that they quote me for the support of such views.” The Expanded Quotable Einstein, Princeton University, page 214