In Search of the True Light, by Mike Shreve

A former New Age Guru and Yoga teacher at 4 Universities, Author Mike Shreve compares 20 World Religions of the world.
Find it on Amazon!

From Guru to God - The Experience of Ultimate Truth, by Michael Graham

Michael Graham is an Australian who was among the first Westerners to seriously submit himself to the spirituality of India's most respected gurus. His 28 years of disciplined - and dramatic - practice of Eastern (New Age) religion led Michael to a surprising conclusion.
> View Sample of the Book
> Find it on Amazon!

The New Age movement is a social and spiritual movement that seeks “Universal Truth” and the attainment of the highest individual human potential. It includes aspects of Occultism, astrology, esotericism, metaphysics, alternative medicine, music, collectivism, sustainability, and nature.

It can include Yoga, meditation, astrology, hypnosis, tarot card reading, channeling and the use of crystals for healing and inner harmony.

New Agers are usually pretty accepting of all faiths and opinions, as long as your opinion or faith isn’t that of Biblical Christianity and the Savior Jesus Christ.

“As a yoga teacher, I taught that all world religions were just different paths to the same God. I firmly believed that part of walking in the “True Light” involved accepting the monistic view that ‘All is One.’ However, I could not hide my eyes, nor my heart, from the evident contradictions that kept rising to the surface of my worldview. The more I studied, the more I wondered, “Was I trying to mix oil and water?” (These two liquids, when vigorously shaken, seem to blend, but within a few moments they always separate. Philosophically, was I doing the same thing: ‘forcing’ a merging of all religions, which given to themselves would automatically separate?)”
Continue reading at www.thetruelight.net/acknowledgingcontradictions.htm 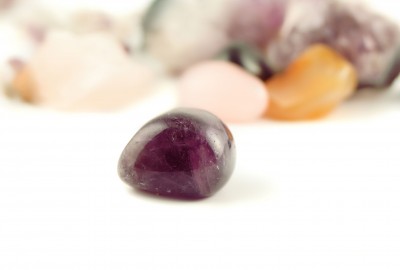